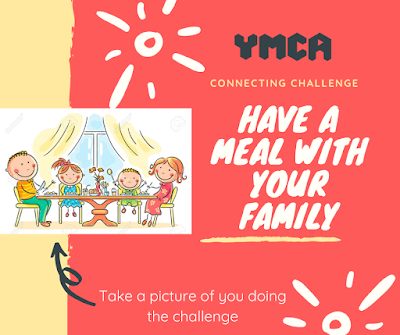 As we have been stuck in the house with our families for a while we might forget to spend quality time with them. YMCA Heroes challenges you to connect with your family by having a meal together! It doesn't have to be your whole family but as long as you are not eating by yourself it will count. Take a pic and let us know how it felt to eat together!
Post a Comment
Read more

What are you thankful for today? 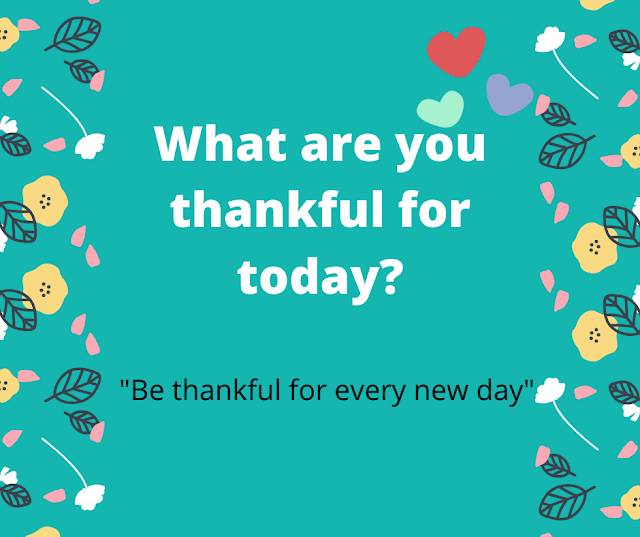 Leave us a comment and let us know what you are thankful for today! Remember it could be something simple like watching a new t.v show or getting to sit outside in your garden. Whatever it is, we want to know.
Post a Comment
Read more

Hello and welcome to the first post of HEROES Project ONLINE! As we're all having to work and attend school or projects from home now we thought we'd use this space to share some ideas of activities for you to keep busy with and keep your minds active, healthy and happy. We're hoping to get our HEROES Project Facebook page up and running really soon too, for us to connect and get a part of the HEROES experience through our screens. STAY TUNED, we'll be posting some activities and challenges for you all to get involved in very soon. Be sure to let us know if you've been taking part in any activities by leaving us a comment!
Post a Comment
Read more 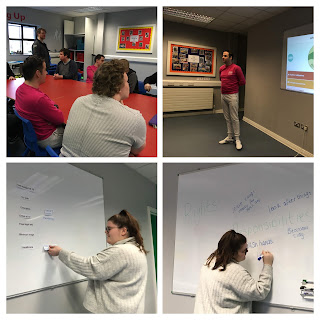 Following on from last weeks session, today we explored rights and responsibilities that we have.  We watched some videos that explained what rights are and showed us some rights that we have. We then had some discussions to see if we knew more from watching the videos and challenged ourselves to match responsibilities to their rights. Our final activity to tie everything together was a Kahoot quiz which was delivered by quiz master Conal who did an excellent job reading out the questions and telling us who was in the lead!
Post a Comment
Read more 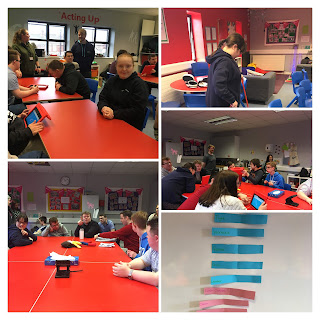 Sunday was International Women's day, so this week the group learnt about some important women in history and looked at some gender stereotypes we might have. We watched some videos about the Suffragettes, a group of women for fought for women's right to vote, and did some quizzes to see if were paying attention. On Wednesdays session we ran a little Social experiment to challenge gender stereotypes. The young people were split into pairs and each person was given a task to complete. The twist was that one person would be doing a typical mans task and one a typical wome n's task. To decide who did which task they played rock paper scissors with the winner automatically getting the mans task. Some of the mans tasks included relaxing, working out and having a servant. Women's tasks mainly revolved around looking after a baby and doing chores such as cleaning and washing dishes. This experiment challenged the young people to think about stereotypes they mig
Post a Comment
Read more 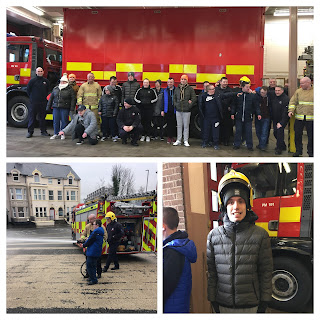 Today our group visited Northland road fire station! We got to see all the different vehicles and all the equipment inside them. We were very lucky that day as we got a ride in the fire trucks and got to use the hoses! A big thank you to everyone at the station, our young people loved the experience!
Post a Comment
Read more 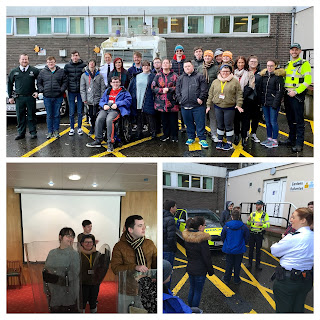 Today our group went to Strand road Police Station for a visit! We learnt about what they do in our neighbourhood and got to try out some of their gear.  We even got to see the different vehicles they use, including the very important bicycles! It was a really informative day and everyone learnt a lot whilst also having fun.
Post a Comment
Read more
More posts

Popular posts from this blog

As we have been stuck in the house with our families for a while we might forget to spend quality time with them. YMCA Heroes challenges you to connect with your family by having a meal together! It doesn't have to be your whole family but as long as you are not eating by yourself it will count. Take a pic and let us know how it felt to eat together!
Read more 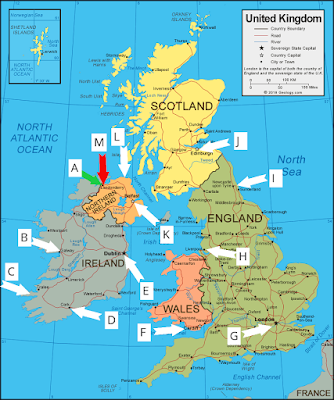 Ireland and UK Road Trip Game Heroes travels welcomes you on an incredible road trip around Ireland and the UK like no other! Use Google maps to travel to new locations, answer the questions at each stop try to get the most points! This puzzle is best solved on a computer as it uses Google Street View which may not work as well on a mobile device (depending on your handset) and can get a bit fiddly when it does! Our starting point on this marvellous adventure is indicated with a green arrow and is labelled 'A'. Using the Google form, you will see a bus ticket with location information and a question at the bottom. To open the Google map, click the link that is on the screen. This will direct you to another webpage where you will need to search around to find the answer. The answer can be found by spinning around, and sometimes you will need to use the zoom feature - you will not however need to move forwards from your starting location to
Read more 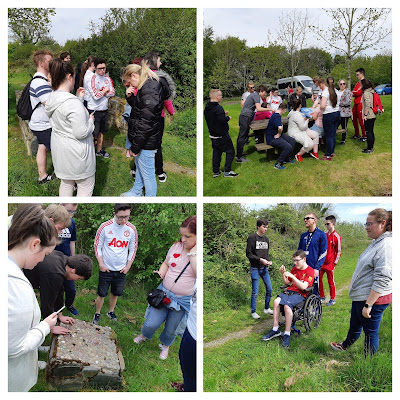 John Muir Award Our Derry~ Londonderry YMCA Heroes group have taken on the challenge of completing the John Muir Award.  The John Muir Award is a national environmental award scheme. It encourages people to connect with, enjoy and care for wild places. As part of the award the group had to complete four challenges: discover, explore, conserve and share. We have been out and about getting some fresh air and discovering local forests and our first outing was to Burntollet Woods just outside of Drumahoe. The 24ha (59-acre) Burntollet Wood lies next to Ness County Country Park in the Faughan Valley. Burntollet wood is a new wood as it is less than 10 years old. From this young woodland you can enjoy stunning views over the beautiful Faughan Valley with its mosaic of newly planted and ancient woodland, and rolling pastures.  We have loads more activities planned on our journey to complete the award so keep an eye on our blog for updates!
Read more